Deprecated: Function get_magic_quotes_gpc() is deprecated in /home/customer/www/indiafestival.iacofcarolinas.org/public_html/plugins/system/jhackguard/jhackguard.php on line 139
 Exhibits

Covid has drastically impacted our very way of life. And after the trauma of having to cancel our annual Festival of India 2020, we have started planning for our festival this year. In our frequent interaction with our key partners like BPAC, CRVA etc., about their view of customer sentiment, we all share a sense that visitor confidence continues to improve as vaccine penetration grows within our community. But no credible data to help predict how folks even after having received the Covid vaccines, would psychologically feel about attending crowded events in the Fall time frame. Our challenge is to predict visitor sentiment about events in closed indoor settings, as against experiences in a totally open outdoors setting.

We continue to work with Belk Theater as well as other open venues like County Parks, but they are also struggling with making firm commitments right now, for the September/October time frame.

Our intent is to drive a festival this year, even though the venue, duration and timing may need to be different from what we have done in the past.

Our priority in doing the event is to focus on the health and safety of our visitors, our performers, our volunteers and all other stakeholders.

We hope to make a decision as soon as our venue partners respond with some firm commitments, and will update this posting as things develop. This is a plea to please check back here frequently for the latest status on Festival of India 2021

We are continuing to struggle with whether the festival venue this year should be indoors or outdoors. Our key challenge remains to gauge visitor sentiment on attending crowded events, even after a significant penetration of Covid vaccine within the community, around the Fall time frame.

We already have a slot reserved at Belk Theater for the 1st weekend of September, and are also working on a date with the Country Parks Dept., who seem ambivalent about committing anything, that far out.

We are also seriously exploring another option of offering glimpses of the Festival of India, in collaboration with CCCP (Charlotte City Center Partners), on their Charlotte SHOUT! events platform, scheduled to be held between Sept 17 – Oct 3 at many locations Uptown.

We are diligently pursuing all these options and eager to update you, as soon as we have a firm commitment and make a final decision.

Please stay tuned by checking status on the website. Thanks and we remain grateful for the support and patience of all our valued stakeholders. 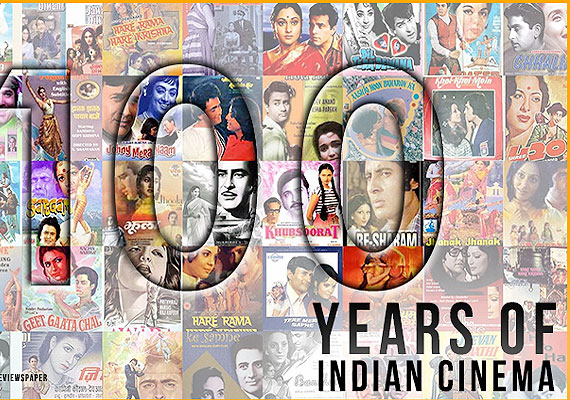 Indian cinema, often known as Bollywood is the Hindi-language film industry based in Mumbai. Cinema is immensely popular in India, with as many as 1,600 films produced in various languages every year. Indian cinema produces more films than Hollywood, and are watched by more people than any other country in the world.

The most popular genre in the early years of Bollywood has been the Masala film, which freely mixes different genres including action, comedy, romance, drama and melodrama along with musical numbers.

Indian values, where relationships were valued more than mere possessions, was a consistent theme in those early films and depicted those  values in a sensitive and entertaining manner. Whether it is drama, romance, action or comedy, Indian Cinema offers something for every age group.

Let’s walk down the memory lane of a century of Bollywood Cinema and  acknowledge its history, from silent movies to talkies, its golden era to modern era, its directors like Dada Phalke, Satyajeet Ray to Karan Johar and singers like Kishor Kumar, Lata Mangeshkar to Mika Singh and Shreya Ghoshal and so much more.

We hope that you will enjoy the exhibit and also learn something about the rich history and diversity of Indian cinema, that has evolved from mere escapism to addressing contemporary social issues of the broader society.

One of the reasons we love weddings so much is that they're typically full of rituals. In fact, cultural norms and traditions are key to what make them so special and meaningful.

Marriages and Wedding Ceremonies in India are a grand affair and they are held in a unique manner in the different regions and states. Bengali Wedding is known for its gusto and pompous celebration. These rituals are incomplete without the ‘SaatPaak’ in which the bride encircles the groom seven times while covering her face with the betel leaves. One of the South Indian weddings, Malayali weddings are held in the mornings and the conjugal ceremony is called ‘Velli’. The father of the bride welcomes the groom by washing his feet and the marriage is complete when the groom ties a ‘thali’ or a yellow thread around the bride’s neck.

However, in Eastern India, in a Marathi Wedding, prior to the wedding trousseau, the ‘ShakharPuda’ or engagement ceremony takes place. During the wedding, the couple is separated with a silk shawl.

Another type of wedding is the Muslim Wedding a ceremony performed by about 200 million Indians. In this type of ceremony, the ‘Nikah’ in Islam is read by two priests and after the consent of the couple, the pious Nikah Naama is signed. Hereafter, the assembly is addressed with Khutba-tun-nikah or the marriage sermon. After this sermon, a mirror is placed between the couple, where their eyes meet each other for the first time.

Himalayas, mountain range that spans some 1500 miles thru Northern India, is home to some of the planet’s tallest peaks, including the highest, Mount Everest. The Himalayas cross over five countries: India, Nepal, China, Pakistan and Bhutan, and glaciers and run off from that range is a national treasure and a lifeline to many of these countries. In Sanskrit Himalaya means “abode of snow” and for India in particular, it is truly a gift from nature as some of the great rivers like Ganges, Brahamputra, Jhelum etc. have originated from here and created societies along the way.

The exhibit is a firsthand report brought back by a Charlotte team who trekked to that unforgiving region of the Himalayas near Everest and remain captivated by the stunning landscapes and the innocence and kindness of the people, who call that range in its foothills home.

Join us as we transport you to a region of the world that most of us will never visit. While the images give us a small peek into the lives of these people, many questions remain, such as how they find food, water, and shelter. One can only imagine the kind of conditions that these people live through and the kind of spirit it takes to survive in that arctic environment without many modern facilities!

A very sensuous garment worn by women, the Sari consisting of a length of lightweight fabric with one end wrapped about the waist to form a skirt and the other draped over the shoulder or covering the head. Come to this exhibit and learn how to put on this native attire that flatters any shape! 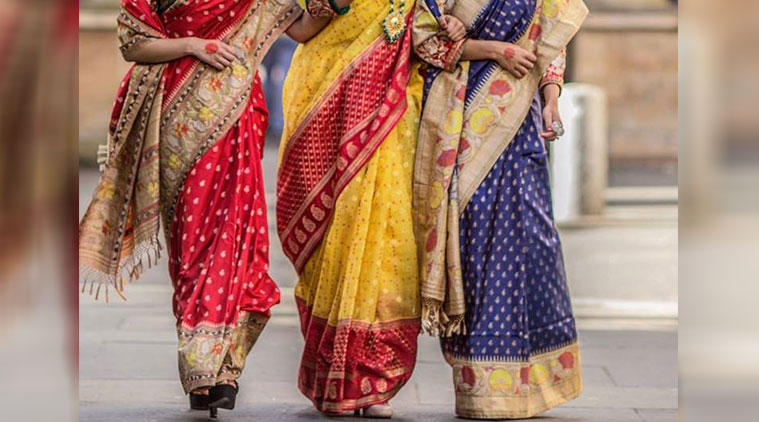 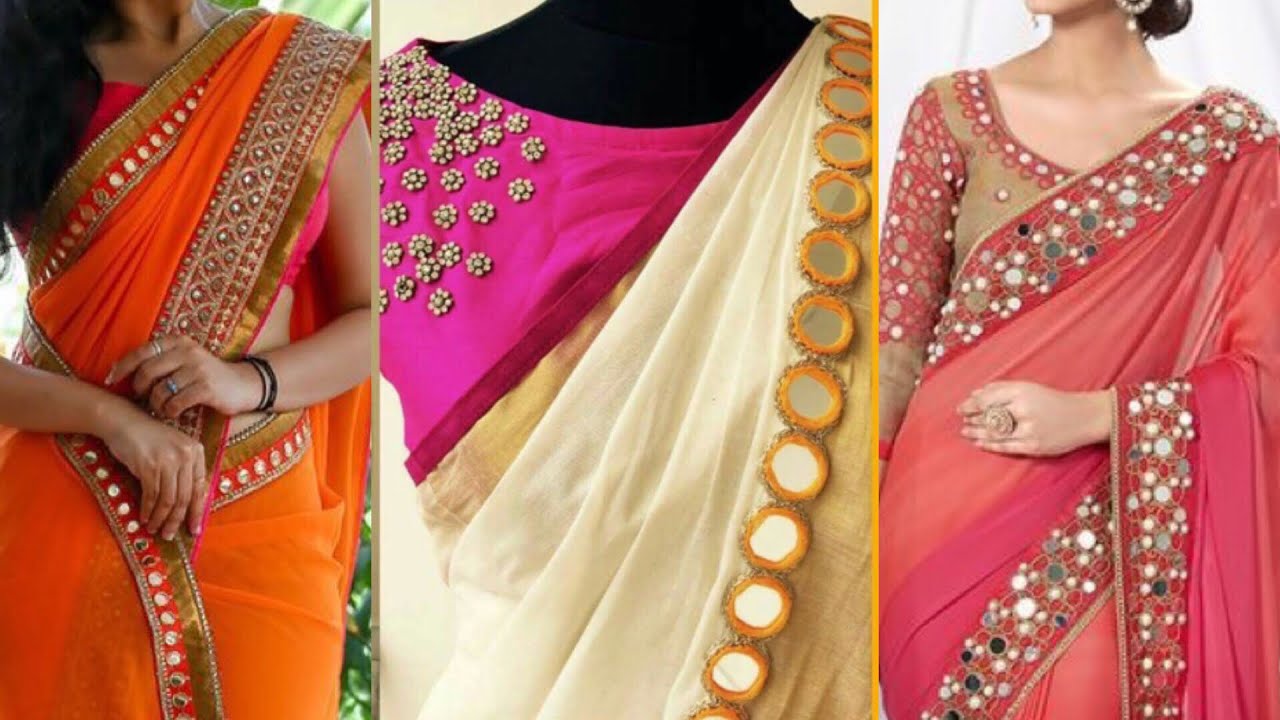 Is a system of physical, mental and spiritual practices which have been traced back to pre-Vedic times (500 BCE) in the Indian subcontinent. Over the centuries, its practice has been adapted and assimilated by Hindus, Buddhists and Jains. Today, its use has become widespread among the religious and the secular alike. Displays in this exhibit cover a wide range of general themes like history of yoga and its different varieties and also more specific themes, like chakra and yogic therapies. Yoga experts will be at hand to answer your questions.

Is the application of Henna as a temporary form of body art sometimes called Henna Tattoos. Come have your hands adorned with intricate traditional patterns at minimal cost.